Bordeaux in the 18th century: trans-Atlantic trading and slavery

In the 18th century, Bordeaux underwent an urban transformation due to unprecedented economic growth. The prosperity of the town, which attracted a working population from the whole region, together with merchants and shipowners from various European countries, was above all the result of the dynamism of its maritime trade, which set it at the heart of international exchanges.

However, this commerce is tinged with the human tragedies generated by the slave trade, still common in a century that also saw the development of the Age of Enlightenment.

In that same period, a major migratory movement by Aquitanians took place to the Caribbean colonies, with Santo Domingo being the most popular destination. They prospered until the first slave revolts which concluded in 1848 in the final abolition of slavery in France.

Following the opening of the Museum of Aquitaine's spaces dedicated to "Bordeaux in the 18th century, trans-Atlantic trading and slavery" in May 2009, this work, richly illustrated with original documents, contributes to disseminate the state of knowledge on this question, presenting above all the facts and their chronology. This aim requires a wider perspective: while Bordeaux and Aquitaine are at the centre of this story, we must also look to Africa and the Caribbean to see how it was actually lived. 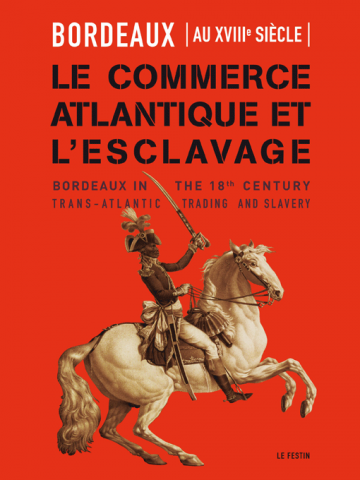